This stage is the culmination of the three previous stages. It is the moment where artists and arts organisations connect with their broader community through presentation of diverse artworks in diverse locations - regional, metro and online. Initially, the works are premiered to 14 different communities across all 9 regions during July-October 2022. Selected works are then presented in a number of Perth venues in mid 2023.

Stage 4 results in a replicable, scalable and sustainable framework for an ongoing Regional Arts Triennial (AKA the Bush R.A.T.). The project’s extensive network of partners will co-design and test the model through implementation of the inaugural event, providing foundation for future iterations to increase scope, scale and impact.

Stage 4 provides an opportunity for the sector to collaboratively design and test a pilot model for an ongoing Regional Arts Triennial. It is not a one off, isolated event, exclusive to one community or region. It is an investment in the long-term development of artistic and cultural vibrancy in the regional arts sector as a whole.

The mentorship pathway ensures that skills gained as a Mentee can be reinforced and passed along as knowledge when Mentee becomes Mentor in the next iteration (a handing of the baton along). This style of learning is experiential, personalised and strategic. Each iteration builds upon the previous. It targets the unique strengths and challenges of each given community and individual practitioner. Where possible and relevant it utilises the expertise of those already working in the region.

Through this network of support, artsworkers and organisations not only access professional development they enjoy exposure to new platforms of promotion that enhance their future viability. Selection for exhibition at John Curtin Gallery or presentation of a performance in Perth will enhance any CV, connecting artists to new markets will open doors of opportunity not readily available in regional communities.

Short-term paid contracts offered to participating curators, producers and presenting organisations will support creative industry employment in the regions. 100+ artists and performers will be paid for development and presentation to regional, metro and digital audiences.

For info about other project stages 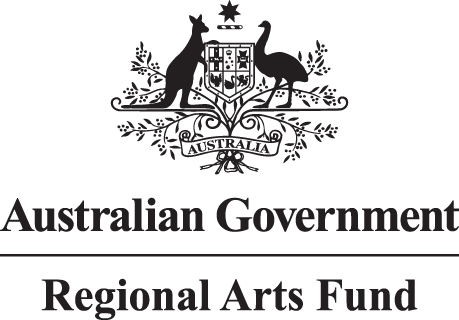 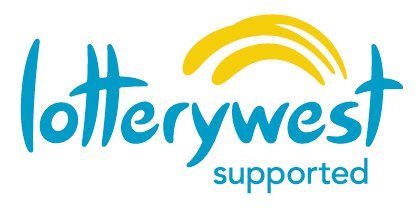 “I feel very lucky to be able to participate in varied high quality events within our region.”

“Stunning paintings that seem to convey a lot of feeling about the landscape.”

“We loved it all. The combination of art & nature was inspiring – bought us to tears (gentle ones). Fantastic work. Thank you.”