You are here: Home / Our Team

Our team at Southern Arts are passionate about arts & culture as a vehicle for creating personal and collective flourishing.

As a Profit for Purpose organisation we are guided by a skilful committee with experience in governance and strategic development.

Our dedicated and professional paid staff and regular contractors transform our vision into reality through consistent effort and expertise.

We are connected to a diverse membership across many communities.

We cherish the contributions of our many volunteers - whose gifts large and small - help us grow and give.

We work with many partners and supporters (locally, regionally and statewide) who share similar values and vision.

Together we are all stronger. 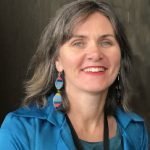 Specialising in the coordination of pioneering state-wide initiatives that deliver inter-connectivity, collaboration and vibrancy to regional arts practice, Fiona is a passionate advocate for the depth, dynamism and richness that the regional arts sector contributes to our states creative and cultural narrative overall.

Secretary of Southern Forest Arts since 2005, Fiona is a former Vice-Chair of Regional Arts WA, a board member of the Chamber of Arts & Culture and founding member (and Vice Chairperson) of GalleriesWest. 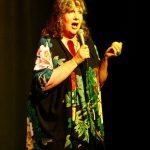 Diana is a passionate advocate for the Arts and has worked in the education sector for 41 years in both metropolitan and country schools in WA.  Her passion for the Arts and her community is demonstrated by her involvement with various arts groups over her years since becoming a full resident of Northcliffe in 1998.

In her role as Chairperson she has made connections with various groups such as the Pemberton Arts Group, Denmark Arts and organisations such as Country Arts WA.  Diana has coordinated and managed various aspects of the programming and promotion of arts events and performances for both NAA and SFA. She has specific expertise in presentation of performance-based events. 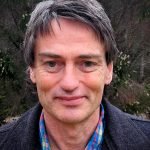 Graham is the current manager of the Northcliffe Community Resource Centre, a role he has held for over a decade. His most significant contribution to Southern Forest Arts is in the area of IT. He has a thorough grasp of the ever-changing world of digital technology. He built our original website and recorded and developed our audio tours. He maintains our podcasts and keeps the organisation cyber-safe.

Jenny is a professional book-keeper and has pulled the SFA accounts into shape since her arrival on the committee in late 2021. Jenny has a great depth of experience in managing accounts for Not for Profit community entities, having spent over two decades managing accounts for the Northcliffe family & Community Centre. She generously volunteers her skill and time for a number of other community organisations. 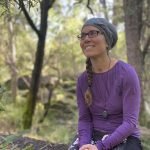 Nicole is a published literary fiction author, secondary and tertiary educator and workshop facilitator. With her family she is growing a passion for regenerative agriculture. She is an enthusiastic su[porter of many local community organisations. 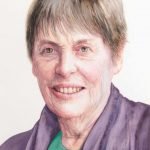 Margaret is a former Senior Deputy Vice-Chancellor at the University of WA, having retired from that position at the end of 2008.

She has extensive experience in Executive roles, having held the position of CEO with the Western Australia Department for the Arts (now the Department of Culture and the Arts) from 1995-7, as well as two executive positions at UWA, and was also Chair of the Australia Council, the Australia Government’s arts funding and advisory board, from 1997-2001.

She has been a member of a wide range of boards and councils, including the Australian Research Council, the West Australian Symphony Orchestra, the centre for Creative Industries, the National Portrait Gallery, the National Research Infrastructure Council, the Bond University Council. She was also a member of the Federal Education Investment Fund (2010-13) which allocated national infrastructure funds to higher education institutions, including those in the VET sector, and was a member of the Board of Synergy, the WA Electricity Corporation, from 201-1. In 2015 she completed her term as Chair of the Perth International Arts Festival. She is currently on the board of Musica Viva, and is Chair of the Western Australian Salaries and Allowances Tribunal. She has chaired a number of reviews, including National Review of Music Education in 2005, the Future Directions for the Role of the Ste in Higher Education I Education in 2011-2012, and the Independent Review of the Vocational Education and Training Sector in Western Australian in 2013-14. In 2017 she was one of a three-panel term that undertook a major review of the Western Australian public sector.

Emeritus Professor Seares received the Officer of the Order of Australia in 2003, an Honorary Doctorate of Letters from the University of Western Australian in 2010 and the Australian Institute of Company Directors (WA) Gold Medal for 2013.

Jodie volunteers for a number of local community organisations (and is currently the Secretary of Northcliffe Community Development Inc). Prior to moving to Northcliffe ten years ago she worked in business administration.  In her current role as a disability support worker she has developed a passion for the sector and is keen to see SFA broaden its offerings and increase its inclusivity. 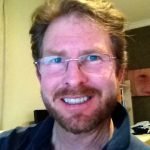 Mike moved to Northcliffe in 2021. He brings with him a diverse portfolio of expertise in governance, business and community development. He has extensive experience in the tourism sector - operating a range of businesses in diverse locations.